Tied Up In Knots Trying To Find The Right Piece Of Jewelry For A Gift? Try One Of These Ideas

Do you want to start buying friends and family members jewelry as gifts? Learn how you can pick out the best pieces for others. 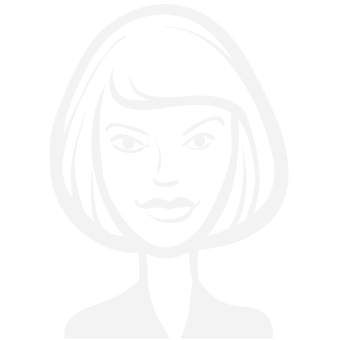 I never like to wait until the last minute to purchase birthday and Christmas gifts for my loved ones. If I find something I believe one of my relatives will love, I immediately purchase it. Sometimes I buy gifts several months in advance of an important event. When shopping for my female relatives, I often look for jewelry. For instance, I have purchased an opal ring, a diamond pendant, a pearl necklace, a peridot ring, and a peridot necklace in the past for beautiful, special women in my life. On this blog, I hope you will discover tips for surprising your loved ones with amazing gifts of jewelry.

Tied Up In Knots Trying To Find The Right Piece Of Jewelry For A Gift? Try One Of These Ideas

Holiday gift-giving and jewelry are often two things that go together—jewelry stores saw about 27.4% of their yearly sales in 2015 during the jewelry season. If you're planning on buying a piece of jewelry or two this year, exactly what to buy can sometimes be a knotty problem, especially if you're a little overwhelmed by your choices. You can solve that problem by buying a gift that turns a knot into a beautiful personal message. Here are some ideas.

Infinity knots have become somewhat popular in recent years, sometimes adorned with a delicate colored birthstone or diamond, sometimes personalized with someone's name or a heart woven into the pattern. Mathematically and philosophically, it represents limitlessness and a quantity larger than any numbers.

As a piece of jewelry, it can stand as a silent answer to the question "How much do you love me?" It can also be a beautiful statement that says that your love for the other person will always be there. It could also stand for an everlasting friendship as well.

This common symbol is often called a Celtic knot or Trinity Knot. It is similar in design to the knotwork designs made famous by ancient Celtic artwork, but it is specific in that it always has 3 main points. Sometimes those points are also looped in a circle as well or a secondary circle is woven through the basic triple-pointed pattern.

Whether plain or complex, this design has several different meanings. Three is considered an important number in many cultures because it's been associated with religions like Wicca and Paganism to represent the Triple Goddess figure in Her phases as Maiden, Mother, and Crone. In Christian symbolism, it's often seen as representing God as Father, Son, and Holy Ghost. Numerologically, three is sometimes associated with completeness and it appears 467 times in the Bible in a significant way.

The Tree of Life Knot

The Celtic Tree of Life is a stylized version of a tree with a solid trunk with branches that arch upward and then down until they weave back into roots that then flow back into the trunk of the tree. There are a number of both ancient and modern meanings associated with this symbol. The ancient meanings are associated with the belief in a cycle of birth, death, and rebirth or permanence of the spirit. It's also taken on a number of modern-day associations with balance and healing and harmony with the natural world. Many people who embrace this symbol see it as a positive, healing image after they've struggled through a difficult time.

This year's gift-giving season doesn't have to tie you up in knots—just pick one of the above symbols that are commonly found in jewelry stores these days and use it to give a gift with meaning.